The Village of Riverside (60546 zip code), with its almost 9000 residents, occupies an area West of Chicago, sharing its borders with several other suburbs: North Riverside, Stickney, Berwyn, Forest View, McCook, Lyons, and Brookfield. Des Plaines River runs partially along the Southern and Western borders and territory of the Village. 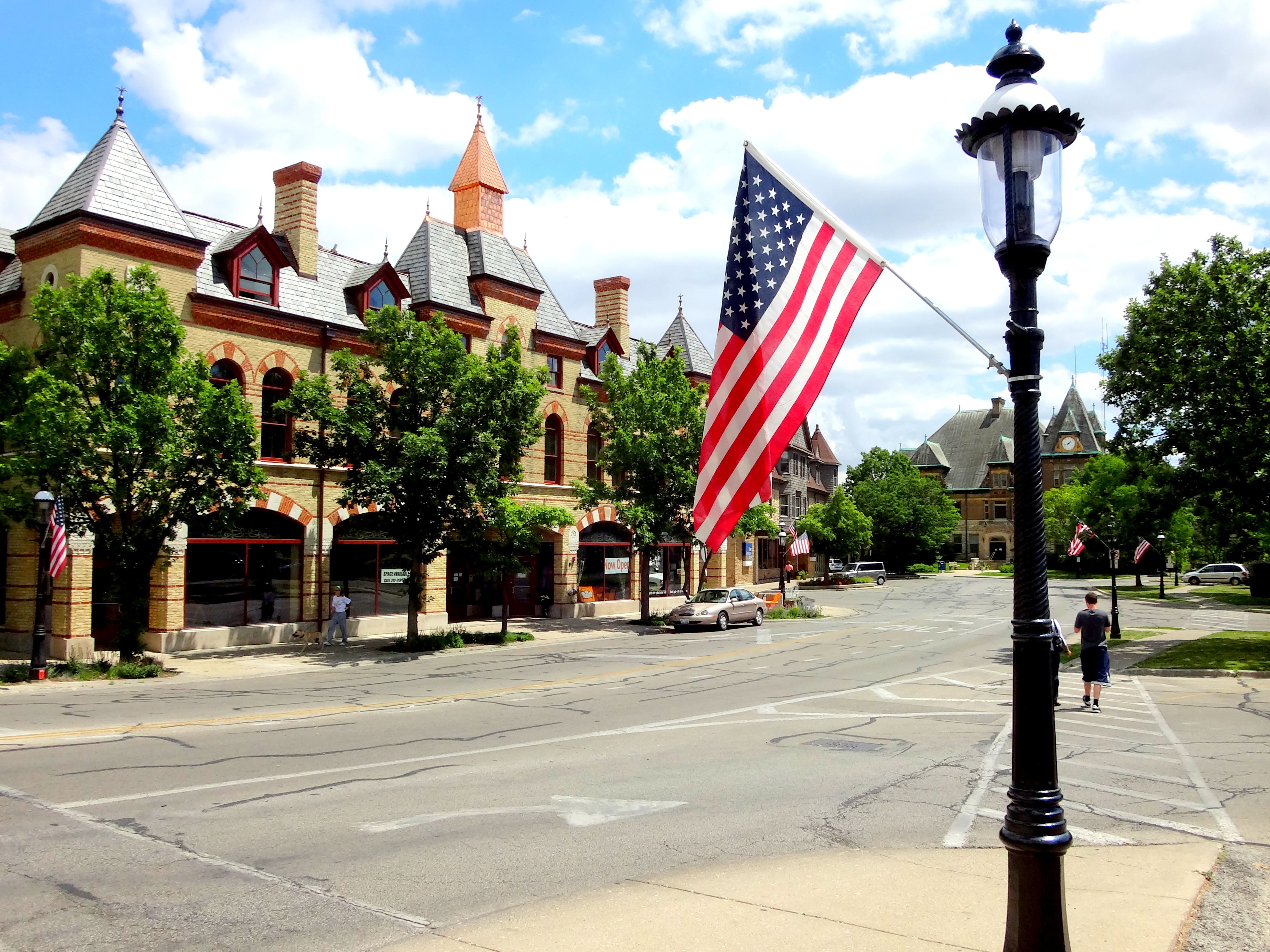 The first settlement in the area, noted in history books, was registered in 1836, and referred to the land as “Aux Plains”. After the Forbes family came here, a few other families also recognized the beauty of forest covered landscape. However, no major development happened there until 1869, when Calvert Vaux & Frederic Law Olmsted designed and set to build their “dream village”, with curvy streets, and village center, and green spaces.

The plans for new village were drawn, but development was slowed significantly by the Great Chicago Fire, and 1873 financial crisis. Despite the difficulties, the Village of Riverside was incorporated in 1875, and development plans were carried out over the next decades. The major development period happened during 1920 and 30’s, which led to significant population increase, almost 8K by 1940, with the majority of residents having European English and German origins.

The end of the WWII created another jolt in real estate development and by 1960’s, the Village almost completely ran out of space for new homes. Many of the Riverside properties were designed by well know architects, with Frank Lloyd Wright leading the group, Daniel Burnham, Frederick Clarke Withers, and Calvert Vaux among the few others. They created marvels of residential architecture, which granted the Village National Historic Landmark designation.

From well-preserved bungalows built in 1920’s, to monumental Victorian mansions, Riverside visitors get a museum like experience on local streets.

Not sure if you need masonry, tuckpointing, concrete, or porch service in Riverside IL?

If you’d like to talk to us and schedule masonry evaluation and / or tuckpointing service of your Riverside property, give us a call or, if you wish, visit our Chicago office.