The Village of River Grove (60171, 60634, 60707 zip codes), is a N-W suburb of Chicago, sharing its borders with Elmwood Park, Melrose Park, River Forest, Franklin Park and Chicago. Currently occupied by approximately 10K residents (2019), its history begun in 1833, when the last of Potawatomi Indians moved out from the area, allowing the land to be purchased by European settlers. 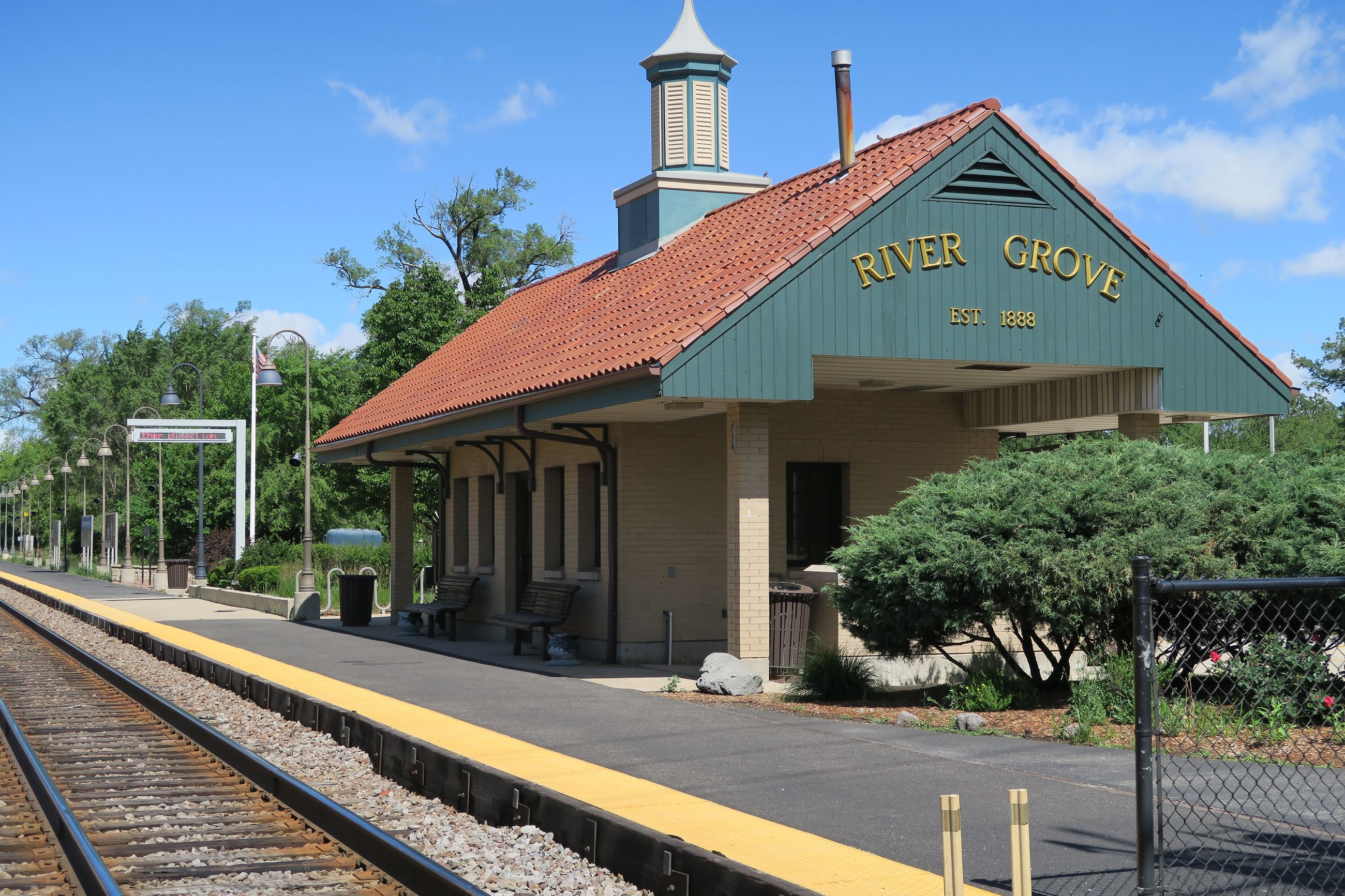 The following year, a bridge was built across the Des Plaines River, along the Indian trail between Chicago and Galena. To accommodate stagecoach line travelers who used that trail, a hotel was build at the crossing in 1840.

Next few decades brought additional land purchases, development of new houses, a school, and the First Presbyterian Church. In 1888, an area populated by around 200 residents, mostly Germans, was incorporated under the “River Grove” name. The name is a combination Des Plaines River and Grove, from the magnificent ash tree groves along the river. More Germans kept coming to this area until 1920’s, they were mostly blue-collar workers, employed by Franklin Park’s Milwaukee Railroad yards.

By 1930, local population passed 2700, and parts of River Grove had electricity, telephone service, and gas lines, as well as a local bank, a movie theater, and Catholic Church. Demographics also changed over the decades and the Village is currently occupied by many Croatians, Polish, Irish, Italian, and Hispanic residents.

Not sure if you need masonry, tuckpointing, concrete, or porch service in River Grove IL?

If you’d like to talk to us and schedule masonry evaluation and / or tuckpointing service of your River Grove property, give us a call or, if you wish, visit our Chicago office.