Portage Park (60630, 60634, 60641 zip codes) in Chicago, one of our favorite masonry tuckpointing areas, is situated on the city’s northwest side. Outlined by Gunnison Str, and Lawrence Ave. on the North, Irving Park neighborhood to the East, Belmont Ave. to the South, and Austin Ave & Narragansett Ave. to the West. 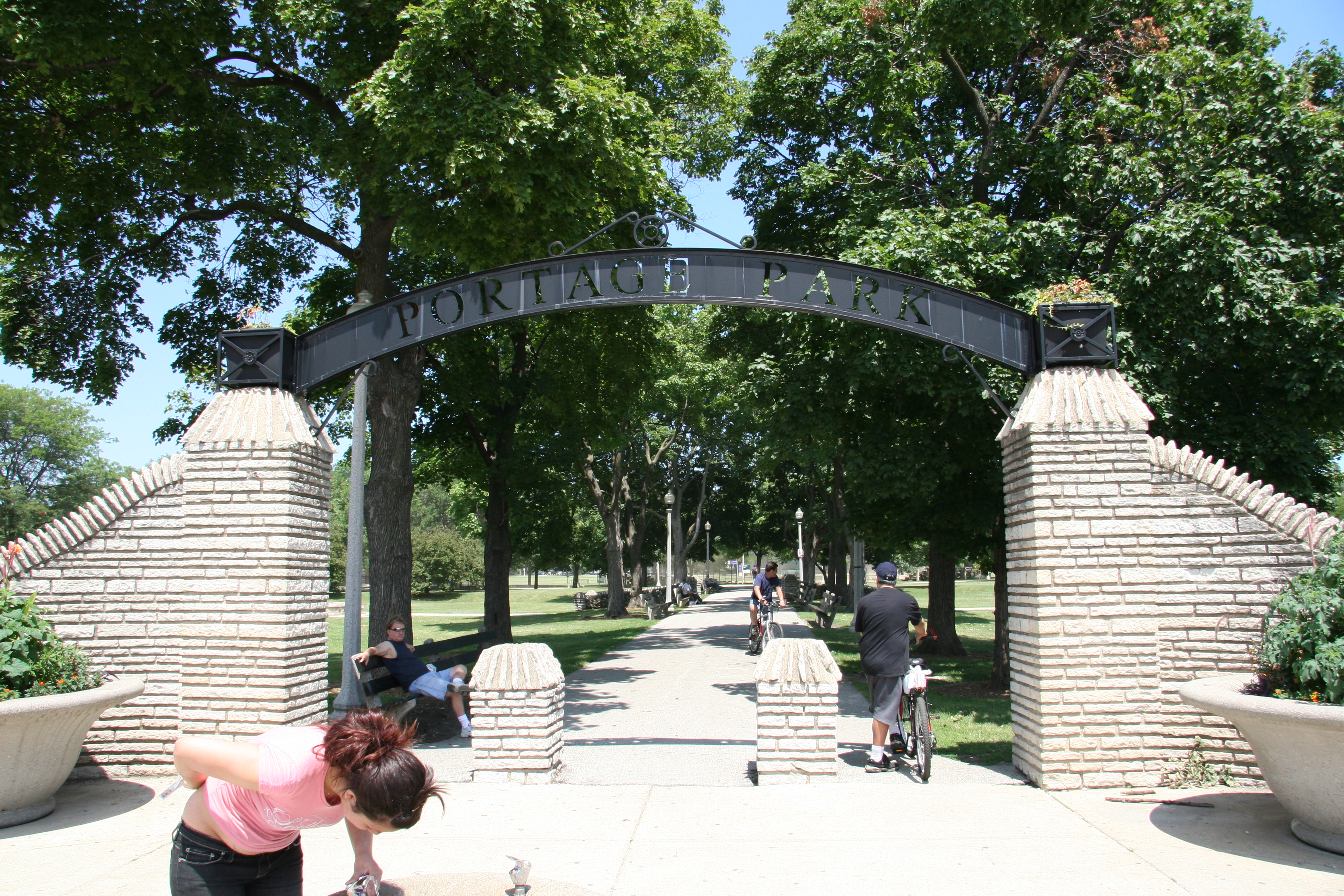 Its most characteristic section – The Six Corners, an intersection of Irving Park Road, Cicero Ave., and Milwaukee Ave. is a shopping district, which recently lost its most noticeable merchant – Sears store.

When looking at Portage Park today, it might be hard to imagine that over a century ago, the Irving Park area was a major portage between the Chicago and Des Plaines Rivers (hence the name “Portage Park”), and so swampy that after heavier rain periods, you could only cross it in boats / canoes.

Once a home of the largest Polish community in the Chicago Metropolitan area, the Portage Park’s Polish population declined by 50% in the last 2 decades, moving mostly to the suburbs.

The community consists of mostly masonry residential properties, bungalows and 2 flat structures. It also has its architectural pearls – beautiful churches soaring over the neighborhood:

The neighborhood hosts a number of parks, besides the Portage Park, that underline its character

Not sure if you need masonry, tuckpointing, concrete, or porch service in Portage Park?

Our office is just minutes away from Portage Park, if you’d like to talk to us and schedule masonry evaluation and / or tuckpointing service of your Portage Park property. Check the map below and give us a call if you need some more information.