Burbank (60459, 60499 zip codes), a city of approximately 28000 residents, sharing its entire East border with Chicago, North border with Bedford Park, West with Bridgeview, and South with Oak Lawn. The S-E corner border point of the City’s territory is also shared with Hometown. 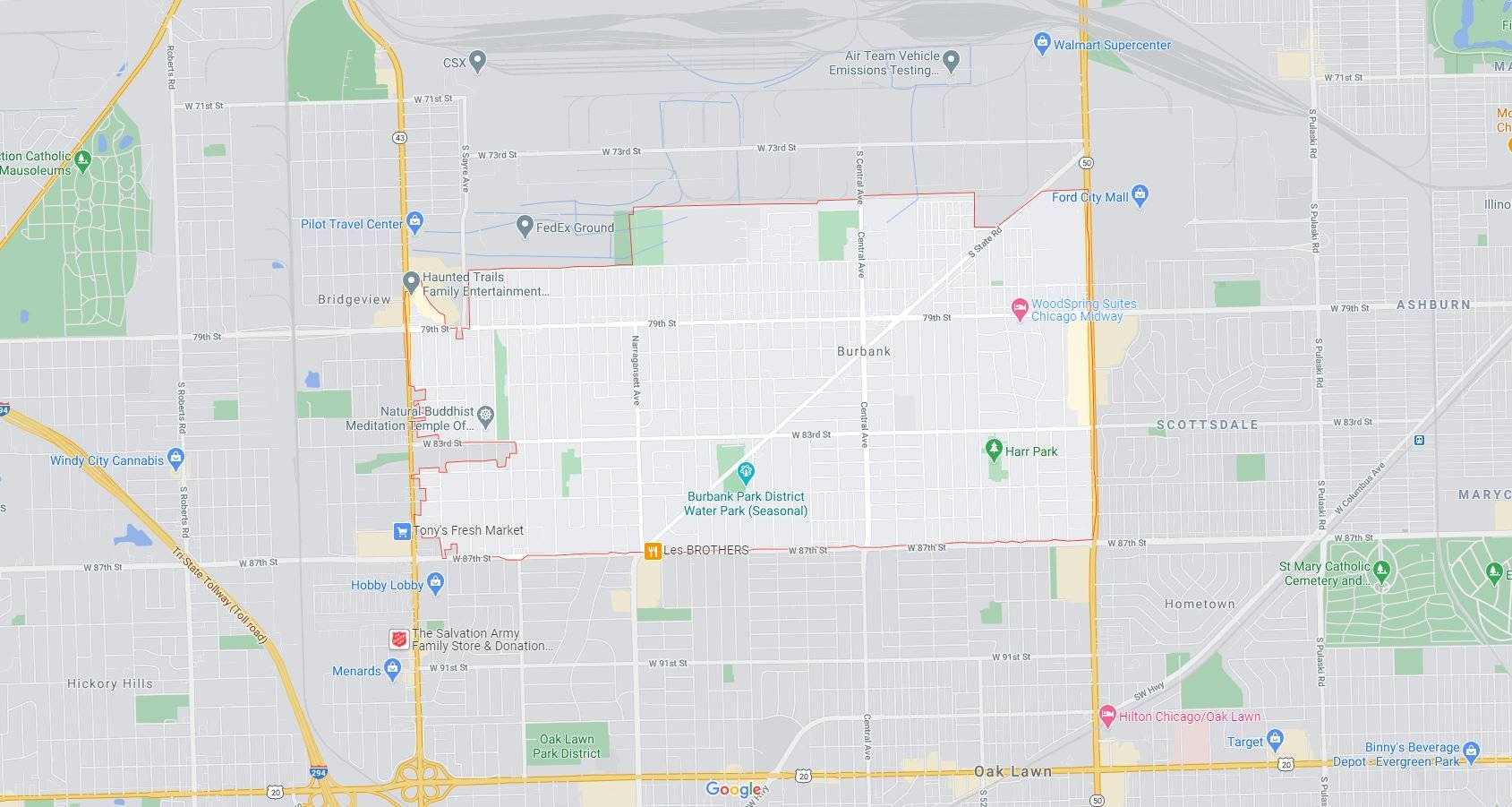 The City of Burbank is one of the youngest in Illinois, it was incorporated in 1970 to dodge annexation by Chicago. Unlike Chicago and the majority of other surrounding it suburbs, for a very long time the area currently occupied by Burbank was mostly unpopulated, with only small portions used for farming.

During its uneventful history, up until the early 1950’s, it experienced several development attempts by various investors, however, the terrain troubled by drainage problems, lack of running water and sewage systems, plus economical events like the Great Depression kept the area to be uninhabited.

1952, when Burbank became a part of Stickney Township, marked the beginning of a very dynamic development and population growth, which passed 20K by 1960. Flooding problems were resolved, running water and sewage system installed along with new roads and electrical lighting along the streets. In 1970 the area was incorporated under its current name, after an American botanist and horticulturist Luther A. Burbank.

Since there is almost no manufacturing in the City, large portion of its revenue comes from taxation of the local retail stores.

Not sure if you need masonry, tuckpointing, concrete, or porch service in Burbank IL?

If you’d like to talk to us and schedule masonry evaluation and / or tuckpointing service of your Burbank property, give us a call or, if you wish, visit our Chicago office.