The video below shows just one of our brick repair Skokie IL services.

You can watch more our videos by clicking at: brick repair Skokie IL

There are a few common conditions responsible for brick deterioration, which eventually lead to brick repair in Skokie IL or, more often than not, brick replacement. Aging brick walls are the most common, maintenance starving brick mortar lines follow, and Chicagoland’s weather, the third culprit, solidifies the problem.

Without cold winters, Skokie IL brickwork wouldn’t suffer that much, even if not maintained as it should be on a regular basis (every 2-3 decades under normal conditions). Dealing with Skokie IL brick repairs isn’t that difficult as long as we pay attention to the brickwork and the changes appearing on its surface. You can easily avoid the majority of the problems if you act on time and perform some minor repairs if such are necessary. 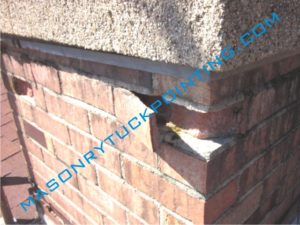 Brickwork / brick repair Skokie IL involves partial or complete wall rebuilding which can be decided after a careful assessment of the problem / extent of the brick wall damage. Replacement of all deteriorated bricks is crucial in preventing further spreading of the problem. 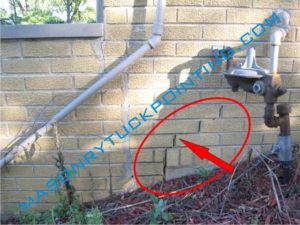 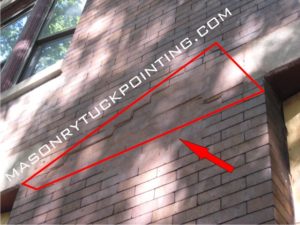 Do not postpone correcting any small brick wall problems. Our free evaluation, along with a potentially simple and inexpensive Skokie IL brick repair service, can save you thousands in unnecessary future brickwork repairs and restoration.