Albany Park (60625 zip code) (includes North Mayfair, Kimball, and Ravenswood Manor) was settled in 1893 and it’s located on the Northwest Side of Chicago with the North Branch of the Chicago River creating its east and north border. The ethnically diverse Albany Park neighborhood has one of the highest percentages of foreign-born residents of any Chicago neighborhood. It also has large number of masonry building that require tuckpointing services. 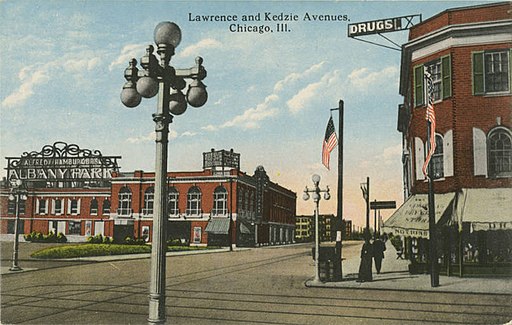 By 1930, the population of the neighborhood reached 55,000, and many schools, religious institutions, and parks opened. After World War II, Albany Park residents began moving to northern suburbs and the population declined quickly, leaving many stores uninhabited and properties empty.

It wasn’t until the 1970s, when a new immigration wave from Asia (mainly Korea) and Central America began to increase the population again.

Not sure if you need masonry, tuckpointing, concrete, or porch service in Albany Park?

Our office is located on the border of Albany Park so you can basically walk there from your home, if you’d like to talk to us and schedule masonry evaluation and / or tuckpointing service of your property. Check the map below and give us a call if you need some more information.